Please see the info below with our preview/review agreement. Please copy the song info questions inside the ++++++++++++++++++++++++++ section and paste it into an email, then fill out your information and email it back to us at info@nashvillesongpitcher.com

This agreement documents your interest in having NSP preview your song and protects both parties during the preview process.

Songwriter grants NSP authorization to preview/Review their song(s) for possible consideration for song pitching. the preview will be private, and accomplished through songwriter sending NSP an audio and/or lyric file via private transmission.

By filling out the information below and emailing it to NSP songwriter holds NSP and any affiliating companies owned by keith mohr harmless and blameless for any and all copyright issues that may possibly arise from the song being previewed.

Songwriter testifies that their song is original and has no copyright issues with lyrics, music, arrangement, production.

Songwriter understands and agrees that the song preview agreement is not a work for hire agreement, and no promises are made that the song submitted will be pitched.

Thanks for your trust in hiring me to preview/review your song!
Looking forward to hearing it!

Just a few more steps before we receive your song.

1- Please go to our Preview/Review Agreement Page and follow the directions.

2- Send your song audio and lyric file to us via:
www.transferbigfiles.com

Enter my email address in to notify me of the upload.
mohr.keith@gmail.com

Make sure to label your upload with YOUR NAME so I know who the file is from.

That way, Ill know who its from.

You can send all your song files to us in the same transfer. Just add them to the section where it tells you to add your files.

Ill take a listen and let you know my thoughts ASAP. I am previewing/reviewing songs in the order I receive them and we’ve had good response. Please give me a few days, thank you! 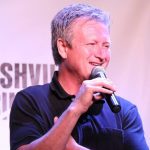 Nashville Song Pitcher was created by industry veteran Keith Mohr. Keith has been in the industry for over 25 years, first starting out as a musician in Baltimore, MD. Keith toured the USA with a band during the early 1990’s, and then started a commercial recording studio near Harrisburg, PA (Broken Records Studios) in the mid 1990’s.

During that time, he created an online community for Christian musicians called “Indieheaven.com” which was online for over 20 years! Indieheaven grew to be a leader in its class and was one of the first distribution websites to offer digital downloads for consumers to purchase singles and digital albums. It started around the same time as CD Baby.

Keith relocated to Nashville, TN in 2003 to better service his music production clients. Keith soon created an annual music conference and for the next 6 years it attracted thousands of musicians from around the globe. The events were focused on DIY and artists being independent, together.

In 2008, Keith created an open-mic songwriter contest in Nashville, called “Nashville Rising Star.” Many emerging songwriters were discovered through Nashville Rising Star, with several contestants being signed to major artist/publishing deals including Grand Old Opry memer, Kelsea Ballerini. One contestant was even personally referred to Miley Cyrus by Keith for her world-wide “Bangerz” tour and was hired and toured the globe. This was a direct NRS connection that they are very proud of!

The event changed its name to Nashville Rising Song a few years ago because the event was all about the song and the contest moved to venues located on Music Row in Nashville. The contest became the most popular event of its kind in Nashville, continuing to help new songwriters hit the town running by being discovered at the contest. One contestant became part of the country duo “Exit 216” with grammy award winning songwriter/producer Steven Battey.

With the onset of COVID and the shutting down of Music City, Keith created an online version of his contest that combines a crowd funder, for contestants to raise support for their music endeavors through vote donations by their fans, along with a songwriting contest. Check out Global Rising Song. Over $67,000 has been raised by songwriters through the contest so far! See a press release about the contest here.

Most recently, Keith has been producing song demos through his “Mohr Music Productions” company.

With Nashville Song Pitcher, Keith will capitalize on the many relationships he has created and cultivated for the past 18 years building his businesses in Nashville. The goal of NSP is to discover new songs and be a song champion for songwriters worldwide.

Success stories are the fuel in Keith’s engine!

To submit your song, first fill out the contact form below and we will get in touch with you to make arrangements. Do not send us MP3’s or a list of Soundcloud or Reverb Nation songs to listen to. We have a standard review agreement we need you to read and agree to. This protects both of us during the process. Thank you.

Thank you for your interest in submitting your song(s) for review/preview.

Please click the PayPal button below to remit the submission fee. If you have any questions or concerns, please fill out the contact form.

After you complete the payment process, you should be taken to our Thank You Page, where there are instructions on how to send over your audio and lyric files, and our song preview/review agreement.  If you are not redirected after completing payment, please click HERE.