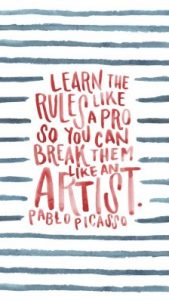 Here’s some helpful information I share with songwriters who have sent in their songs for pitch consideration.

When reviewing a song, what I first do is read the lyric sheet, just like I am reading a story. I do this before listening to the song because I want to see if the lyrics make sense as I read through them. Sometimes the production will be really good and that can make lyrics that are not well written more palitable, kinda like Godiva chocolate icing on a Betty Crocker cake.

In my opinion, if the lyrics do not tell a compelling story, it does not matter how interesting or well done the music production is. And people in the music industry will definitely not accept a poorly written song.

Many times, the lyrics will not tell a story in a clear manner, and that will leave the listener left to figure out what the songwriter was trying to convey in their song. People are like sheep, they need to be led by the shepherd! People will tune out of your tune real fast if they don’t get it! (maybe thats why some say “people just don’t get my songs..well duh!)

And since you as the songwriter are hoping your song has what it takes to compete in the commercial arena, you should know there are certain rules that should be considered in order for a song to be viable for pitching. Certain arenas have certain rules, for example, you wouldn’t be able to win, or even play NFL Football dressed like an NHL hockey player. Kinda hard to ice skate on grass or astroturf:)

Let’s step through a typical song and see if these tips resonate with you:

1- The overall length of the song should not be more than 3:30 and preferably 3 minutes or less. (please don’t tell me that Pink Floyd had 10 minute songs that were on the radio, they were Pink Floyd and people were on drugs when those songs came out:) People these days have short attention spans, they are like a kid who just drank a 12 pack of Red Bull and ate a 2 pound bag of skittles. If you don’t keep your songs short, people will tune out long before they reach the end of your tune. I challenge songwriters to write what I call “Micro Songs.” Those are songs that are no longer than 1 minute long, have no intro, start off with the chorus, have 2 line verses, and no instrumental breaks. Try it, I dare ya! (you may want to drink a 12 pack of Red Bull and eat a 2 pound bag of skittles before undertaking such an exercise:)

2- The introduction needs to also be short. I hear way too many songs with 30 second or more intros (yes I know The Grateful Dead had songs with real long intros, but once again…people were on drugs when those songs came out:) These days, people will not sit through 30 seconds of instrumental music to wait and see what the song is all about. Online, they will more than likely move on to another song, or another artist profile. Get into Verse 1 by 10 seconds and start your story quick!

3- The opening lyric line needs to be super strong! Think about it from the listener standpoint. If you are not emotionally attached to a song (meaning your mom, dad, brother, sister, aunt, uncle and maybe first cousins and anyone who goes to the same church you do) and the song starts off with vague lyrics, are you going to want to listen further? They might give you a line or 2, but if something doesn’t reach out and grab their cerebral cortex, they are going to check out.

4- Lets talk about the chorus. You need to be into chorus 1 by 1 minute, and even sooner these days. (I know, there are some songs that don’t get into the first chorus by 1 minute, but repeat after me…people were on drugs when those songs came out:) That isn’t hard to do unless your intro is 30 seconds or more. Keep verse 1 short. 4 lyric lines and then into either a pre-chorus or right into the chorus. Make sure the chorus is different melody line wise than the verse. do not repeat the same melody line over and over again in the verse and chorus. Change it up. Songs are like chickens, they have parts! Plus, you’ll be amazed how fast people get bored and tune out of your tune. (The may not tell you, but you can tell when it happens, they look at their watch they aren’t wearing:) The last line of the chorus is where the hook should be. Thats where you take an ordinary thought and make it extraordinary. (which doesn’t make sense, but that’s the English language for ya) The very last part of the chorus lyric should either be your song title, or something that points strongly towards it. You gotta have the song title somewhere in your song if possible.

5- Verse 2 needs to continue the story from Verse 1. Expand on the thought from verse 1, or maybe tell another side of the story that you told in the first verse. Make sure to keep your lyrics either first person or 3rd person. Its not good to switch back and forth as it will confuse the listener and make you, the songwriter out to be a psycho or just real confused.

6- Get back into the chorus again and keep driving home the main thought, which is the hook. Make sure it makes sense! Change it up intensity wise, do something different musically. Keep the same melody line, or maybe give it more ummphh. Resist the urge to copy and paste chorus 1 into chorus 2 in your favorite DAW program. That there’s cheatin’!

7- Here’s where you may want to go into a bridge, which would be a new thought and hopefully different music, either break it down with the same chords, or use new chords and melody line. Try to keep the listener guessing. Think of a song not like a railroad track, but more like a roller coaster. Which one is more thrilling? Also, a bridge without any lyric is not called a bridge. Its called a musical interlude, or a solo section. Speaking of railroading, be an engine and not a caboose in your songwriting. Drive that train! Don’t be pulled along.

8- Here’s where you can get back into the chorus again and either ride that pony out like a rented mule til the end of the song, or maybe do another short verse with a final lyric thought. Come up with something that makes other songwriters say “Daggummit, I wish I’d have thought of that!

9- The end of the song is super important. Always leave the listener wanting more. You can maybe end with a chorus or 2, or maybe one final lyric line that really drives the hook home. Whatever it is, make sure it makes sense so the listener isn’t left wondering what you were trying to say. A confused listener is not the goal of any songwriter.

10- Say what you mean to say. Meaning, after writing your lyrics, take a hard, objective “Spock like” look at them to be sure the entire lyric takes the listener from Point A to B, C and so on. Before you come up with a melody line, remove filler words that really do not need to be there. These are words that you may have added to fit a particular melody line you had in mind before you wrote your lyrics. It’s not wise to write lyrics to a melody line. Write the lyrics first, then once they are clean and tight, write your melody line. It will make for a better song. Use as few words as possible to tell your story. Reduce it to the ridiculous. That’s why so many simple songs are on the radio these days:)

Here are the lyrics from what I consider to be one of the best written songs of all time: (Yes, I know the song is longer than 3:30, but that was back when people had more patience, plus, it’s Billy freekin’ Joel:)

It’s nine o’clock on a Saturday 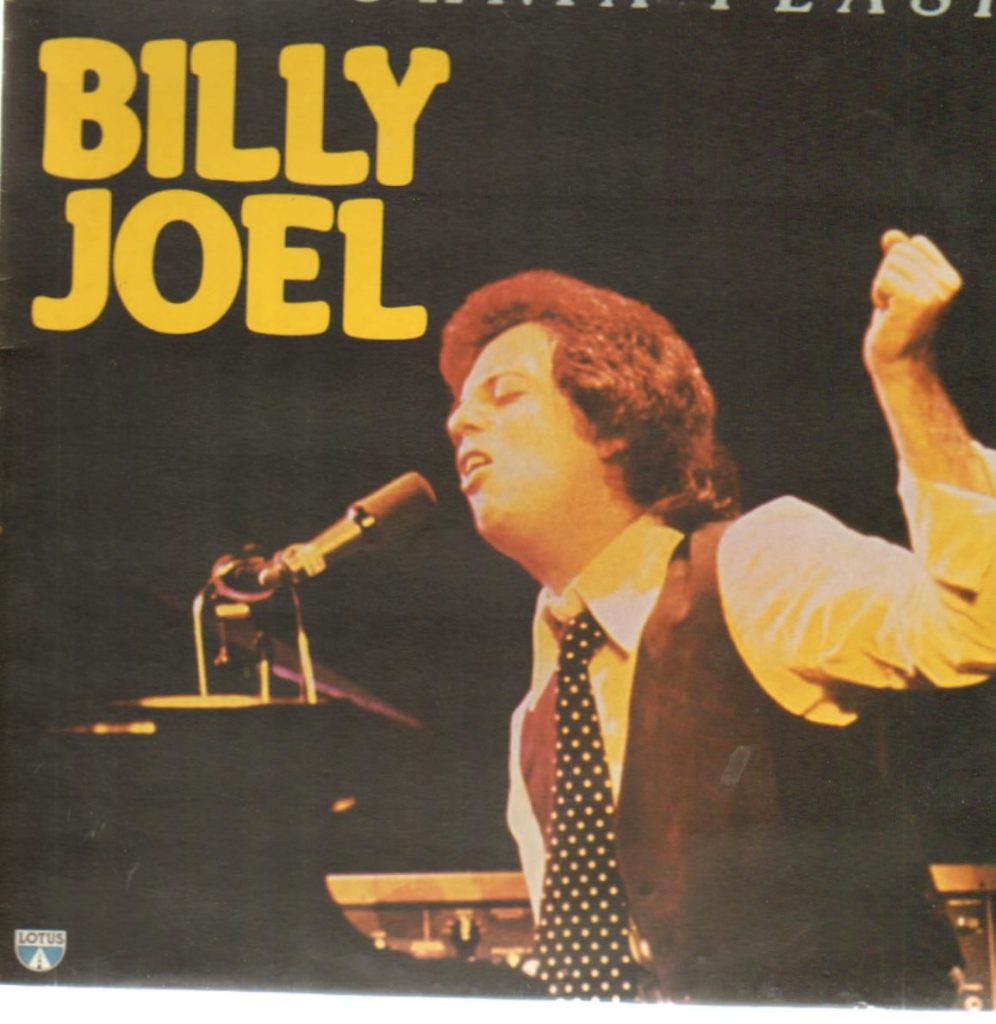 He says, “Son, can you play me a memory
I’m not really sure how it goes
But it’s sad and it’s sweet and I knew it complete
When I wore a younger man’s clothes.”

Sing us a song, you’re the piano man
Sing us a song tonight
Well, we’re all in the mood for a melody
And you’ve got us feelin’ alright

Now John at the bar is a friend of mine
He gets me my drinks for free
And he’s quick with a joke or to light up your smoke
But there’s someplace that he’d rather be
He says, “Bill, I believe this is killing me.”
As the smile ran away from his face
“Well I’m sure that I could be a movie star
If I could get out of this place”

Now Paul is a real estate novelist
Who never had time for a wife
And he’s talkin’ with Davy, who’s still in the Navy
And probably will be for life

And the waitress is practicing politics
As the businessmen slowly get stoned
Yes, they’re sharing a drink they call loneliness
But it’s better than drinkin’ alone

It’s a pretty good crowd for a Saturday
And the manager gives me a smile
‘Cause he knows that it’s me they’ve been comin’ to see
To forget about life for a while
And the piano, it sounds like a carnival
And the microphone smells like a beer
And they sit at the bar and put bread in my jar
And say, “Man, what are you doin’ here?”